In the Clear: The Value of Clean Water

Did you know that 783 million people do not have access to clean water? That figure, given from the UN, is a sad reality for many on our planet, but a problem that Kitechild is addressing and has already helped hundreds of children have access to life-sustaining water. 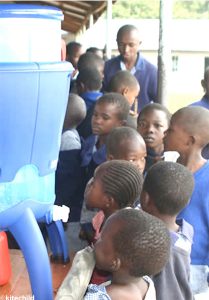 Our clean water project in Kenya has provided clean water to over 200 children and the staff of the Fiwagoh Mission Home, located on the outskirts of Lake Naivasha. We installed 5 Lifestraw Community Filters at the home, which allowed them access to their own water. Since these children have had access to clean water, the number of waterborne illness has decreased and as a result, they have missed fewer days from school. Being able to succeed in the classroom is important for all children, but especially those in impoverished circumstances. Education is the key to more opportunities, to brighter futures and to empowerment. 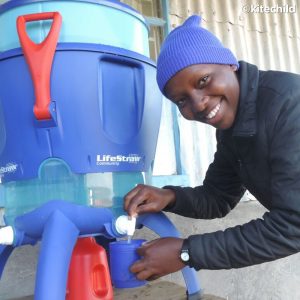 The home can now save $2,400 USD per year, since they are no longer purchasing their own water supply. As a result, they have re-allocated these funds towards the salary of an additional caregiver. Our field liaison has kept us informed on the new caregiver, saying: “The savings from the process of purifying water through boiling or buying have been used to hire an extra caretaker called Beatrice Wanjiku. She previously worked on casual basis but now has been hired on permanent basis.” This is especially important for the home, as it is understaffed, and children thrive when given more adults, who can care and supervise them. 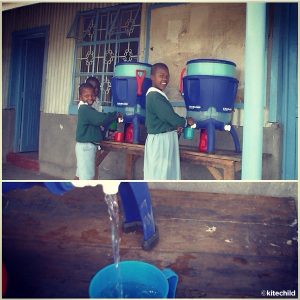 Like all projects, there are challenges that come up that need to be addressed. In this case, the well at the home was contaminated, which the home was able to fix through the use of the water filters. We’ve known the struggles, and also success, of partnering with this home, as we also have a greenhouse project, which provides the children with fresh produce and helps funds their education. Water, food and schooling are important human rights every child should have access to, and thanks to Kitechild supporters, there are now hundreds who do! 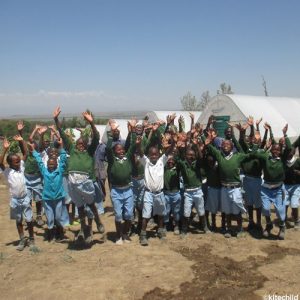 We have an exciting new project we just launched: Water Purification in Kenya! This income-generating project is happening at the Welcome to the Family Home, where 44 children live. Through a reverse osmosis water treatment plant, the home will treat water from their own borehole, which has already been approved for quality and safety by the local Water and Sanitation Services. Since the home is situated within an upper-middle class community that has a high demand for purified water, there is a huge potential for income-generation, which will be used to pay the salaries of caretakers and a social worker. This is real change in action! To be a part of this project please click here.

Unsafe Drinking Water in Our Own Backyard: Helping the Children of Flint During This Health Crisis

“If you were going to put something in a population to keep them down for generations to come, it would be lead,” said Dr. Hanna-Attisha of the Pediatric Public Health Initiative. That is really bad news for the children of Flint, Michigan. 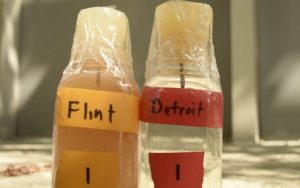 It’s estimated that 8,000 children under six years old may have been exposed to the contaminated water in Flint. These children are especially susceptible to brain and nervous system damage because their bodies are still growing. Even small amounts of lead can impair the health and growth of children. Lead exposure is associated with learning disabilities, poor motor abilities and even violent personalities. Potential health consequences are compounded in Flint because of the lack of access to adequate health services and poor living conditions. 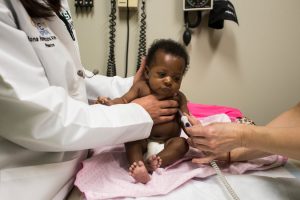 The lead water crisis in Flint began around two years ago when the city switched its water supply to contaminated river water. However, the state and federal government did not begin to acknowledge the problem until recently. The neglect of the government is especially devastating because these health effects are often irreversible and untreatable in children. 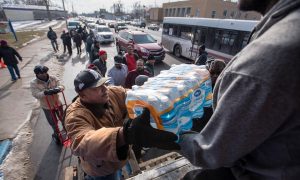 Bottled water has been donated and shipped to help the people of Flint. While bottled water helps with the immediate needs of the citizens, it won’t solve the larger problems facing children who have already drank the contaminated water. The governor of Michigan, Rick Snyder, has designated $28 million to Flint, which will allow for health services to be made available to lead-exposed children. Governor Snyder also has called upon the federal government to provide aid in getting Medicaid to every resident under 21. However, while this may be a good start, others in the field are saying that the problem is bigger and will need more aid and resources to resolve. 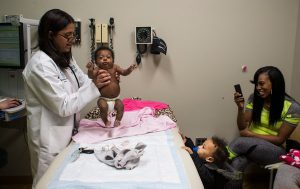 “We have to throw every single evidence-based resource at these kids, starting now.” -Dr. Hanna-Attisha (Photo: Brittany Greeson for The New York Times)

Doctors, like Hanna-Attisha, are working to help in the midst of the crisis by addressing the diets of the children of Flint, as well as broadening the Head Start program and others like it, which currently have wait lists in Flint. To give to the Pediatric Public Health Initiative and help its mission in providing critical interventions to the children of Flint, visit their site: https://www.cfgf.org/cfgf/GoodWork/FlintArea/WaterCrisis/tabid/855/Default.aspx